When it’s time to prepare for the Zombie Apocalypse, gun enthusiasts know where to go to get their colors on! Kote Of Arms can create some awesome effects and really personalize the guns you will be using during the next zombie outbreak.

Our team specializes in making one off custom finishes, Brian (left) and Blake (right) are going over the final post assembly testing and final polish of this one of a kind Zombie Killer. 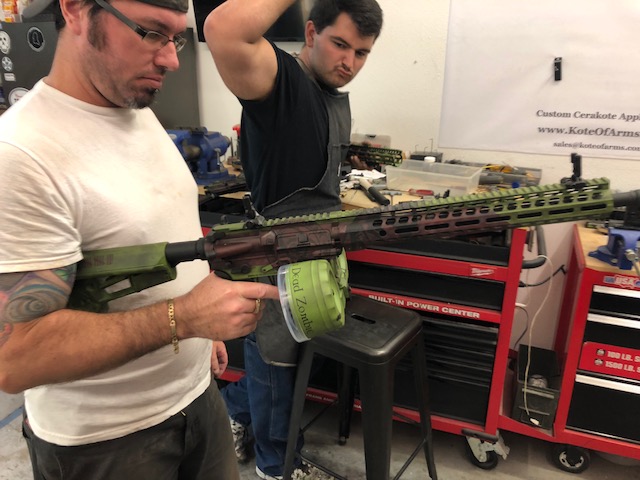 The Zombie Killer has a “Zombie Outbreak Response Team” Biohazard emblem across the upper and lower receiver in black with our intravenous blood red stripe down the entire length of the AR-15. 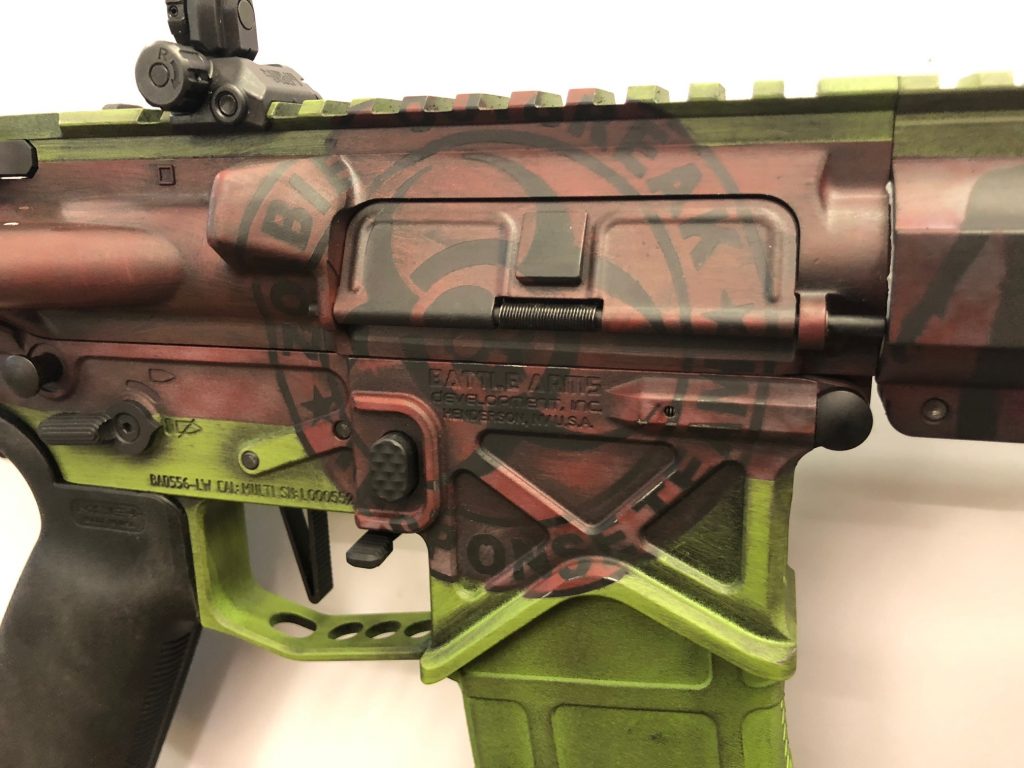 One thing you can not be with out during a major zombie outbreak, and that is AMMO! This baby is sporting a 100 round magazine of pure zombie night night pills. 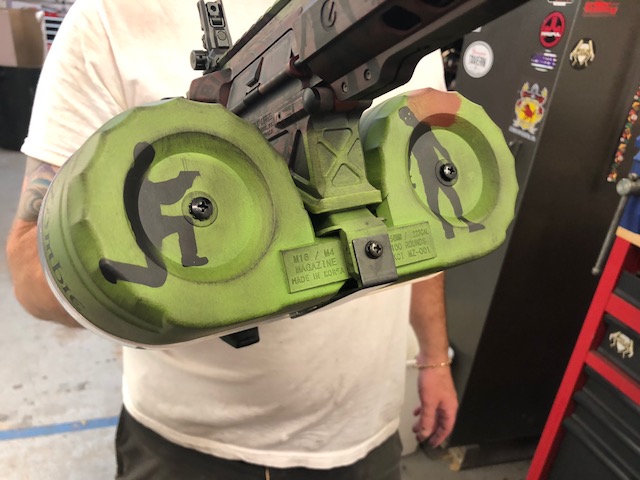 The Only Good Zombie Is A Dead Zombie! 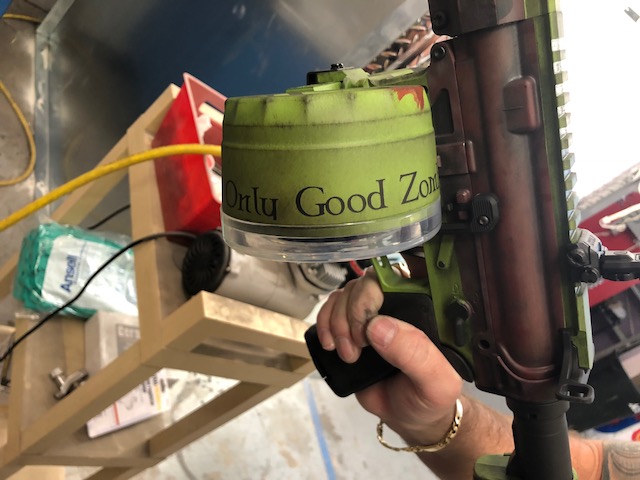 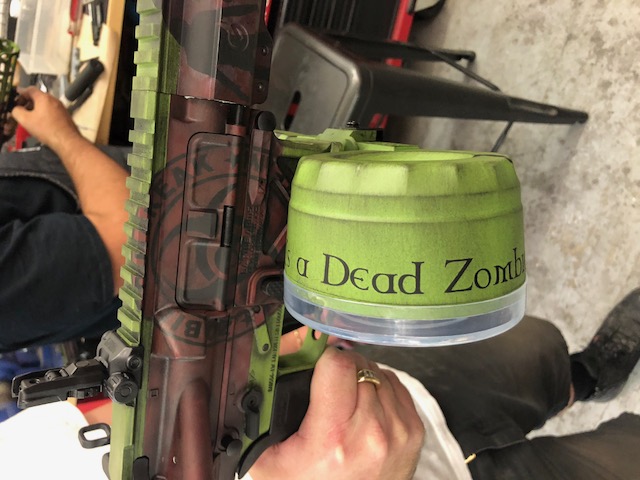 Looks like this shooter has been busy, thirteen confirmed kills and counting! 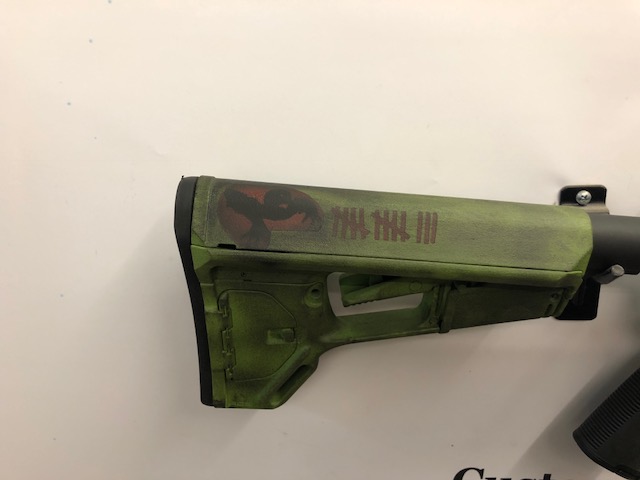 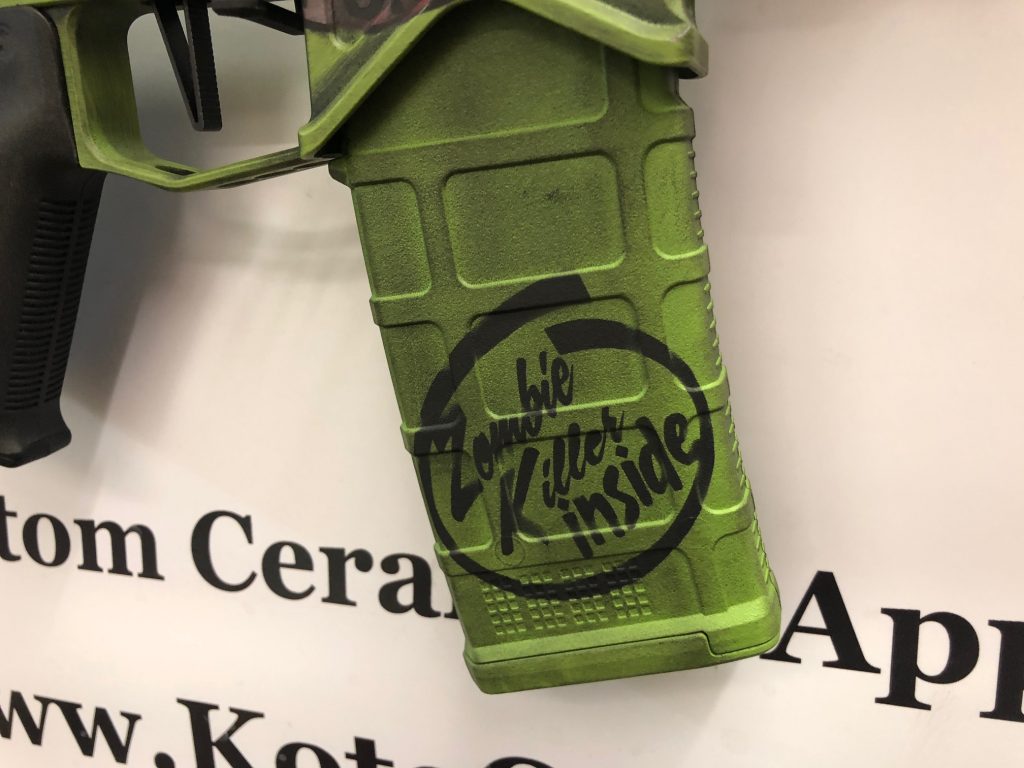 If you like what you see and want a Zombie Killer of your own, please reach out to Kote Of Arms for a quote. You will be amazed at the quality and cost of our work!