Here is our original MKA 1919 Match

The Akdal MKA 1919 is a gas operated, semi-automatic shotgun that resembles the M16 rifle and mimics the layout and placement of some of the controls. It was created by Turkish company Akdal Arms. The MKA 1919 Match is a Turkish-made, box magazine-fed semi-auto shotgun styled similarly to an AR rifle  and popular in the Open division of 3-gun (or Unlimited in 3-Gun Nation) competition. 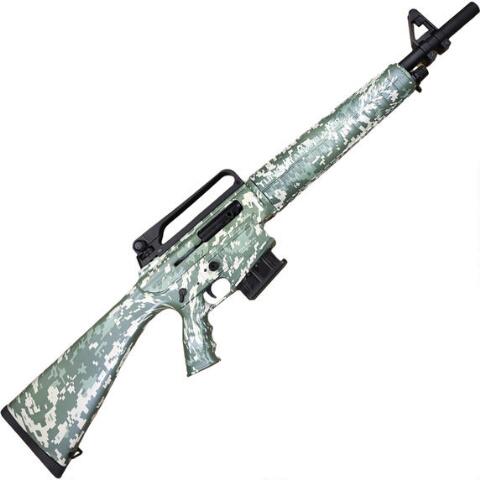 Lets transform a MKA Match into a True Annihilator!

This project starts out as your standard MKA 1919 Match Turkey Annihilator. The one we got was from a local BSO deputy here in Brevard Co. Florida. He received it from the importer here in Rockledge, Florida for reason not shared with our team.

We took in the firearm and in KOA style transformed it into a one of a kind piece of art. 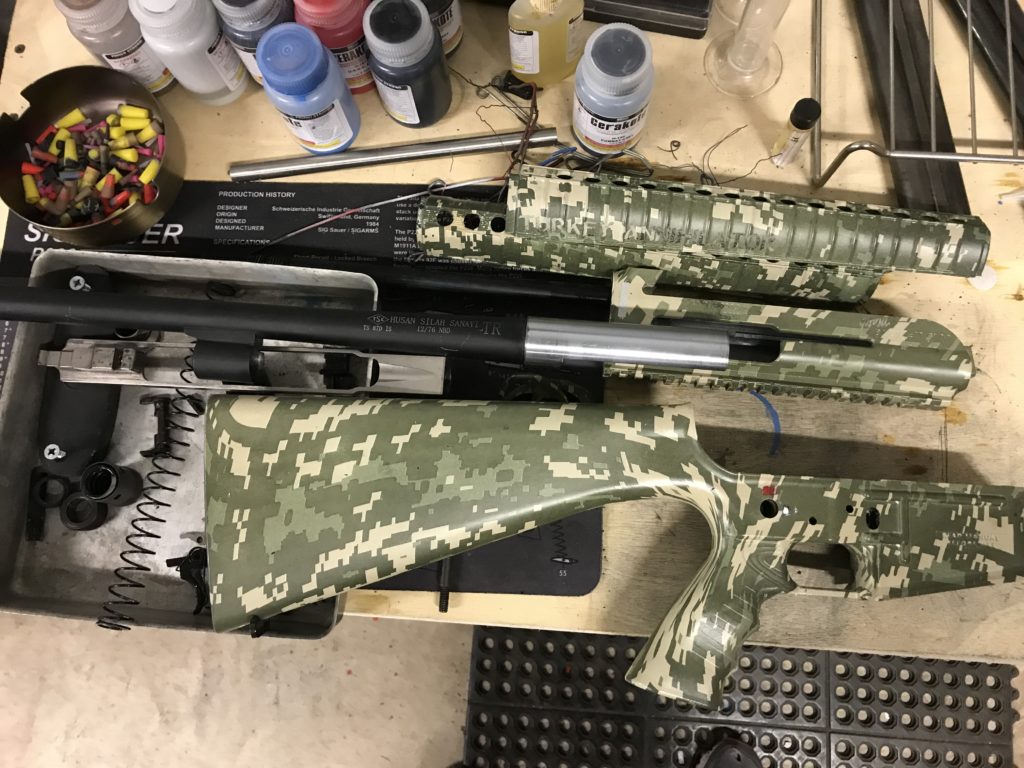 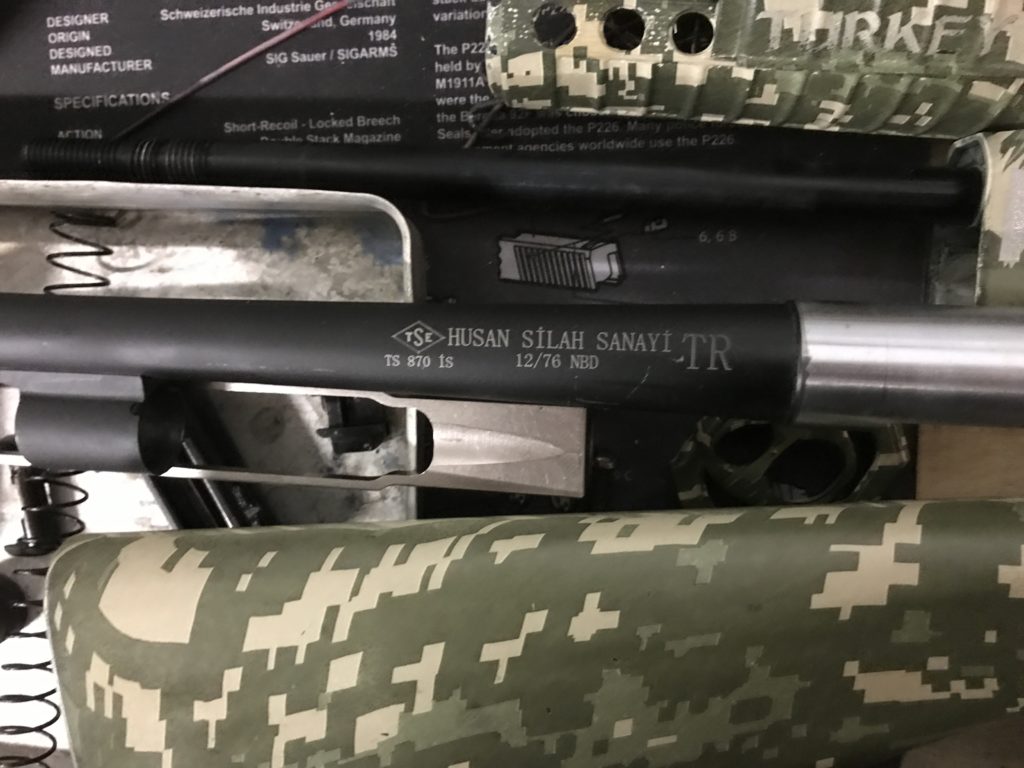 Wow if you inspect the original camo job you will see they did a digital camo dip. This tends to distort and is not the best finish for a real action firearm. We want our MKA 1919 Match Turkey Annihilator to be become A Match Annihilator so we are going to really put down some cerakote!

Out of our shop

We broke down the MKA 1919 Match into all its parts and then Cerakoted in a tri color camo all the stock, receiver, upper and forestock. In this project we used, Desert Sand, Copper Brown and Magpul Flat Earth to create a one of a kind MKA 1919 Annihilator.   There is 2 styles of camo used to create the overall camo effect. We used a medium and small blog camo and layered Copper Brown in Digital camo over the Desert Sand. We then finished the MKA 1919 off with a final coat of Magpul Dark Earth. The barrel was left stock as it looked pretty tight in it’s original color. We also left the bolt, safety, magazine, mag release and bolt release factory colors. 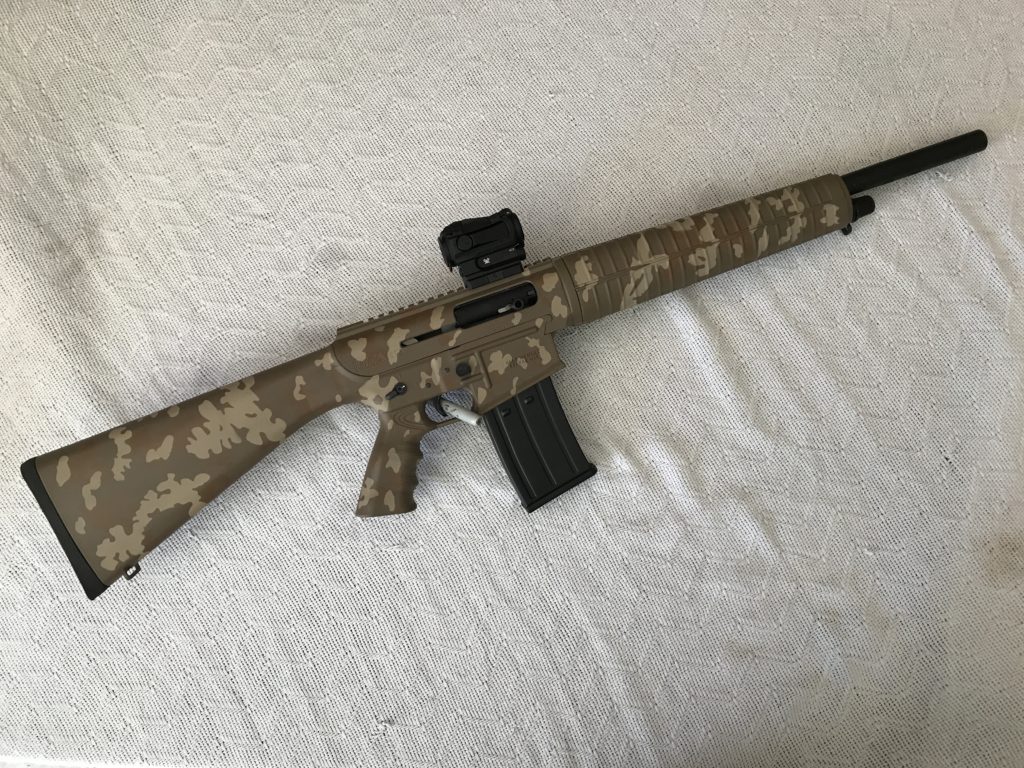 This project called for stripping off the original front iron sight and handrail rear sight which honestly was pretty much worthless. We then added a new Vortex Optics SPARC AR RED DOT Dot Rifle Sight. This allows the shooter to keep both eyes open and follow moving targets much easier. 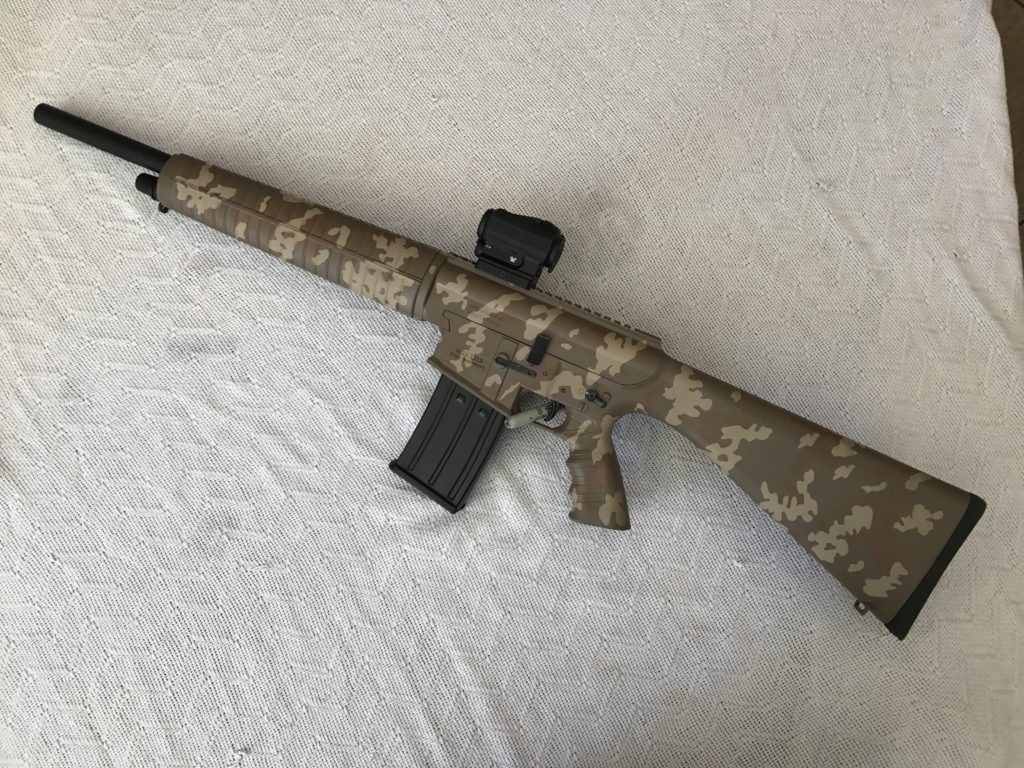 This project required 3 Cerakote colors and 3 stencil packs to complete this design. You may not see in the photos but there is a “Bio Hazard” water mark on the mag receiver on both side of the MKA 1919 Match Annihilator,  just that little extra. We also had to wash and bake all the parts three time which takes some time to complete. The firearm cost us in trade $700.00 and with the work and costs of optics we are now at $1000.00

When you take this monster out to the range and start dropping double 00 buck shells on the ground like a gangster with a MAC 10 in a southside drive by, people start turning heads!